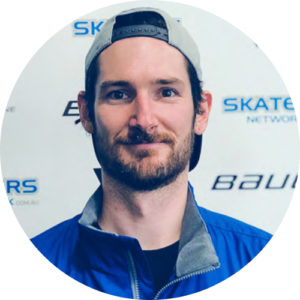 Coach Tom started playing rep hockey in Newcastle before moving to Canada and playing at Notre Dame in Saskatchewan at 16.

After returning he represented NSW at Brown and Tange tournaments, played AIHL & ECSL for the Newcastle North stars and represented Australia at DIII u20 world championships.

Took 6 years off hockey and returned to play in Melbourne where the past 4 season playing Premier League, Browns and AIHL for Melbourne Ice.

Tom is an IIHF certified level 2 coach and in the past 2 years have been involved with IHA goaltending development including coaching at national development camps. He is currently the Goalie development coordinator for Victoria.