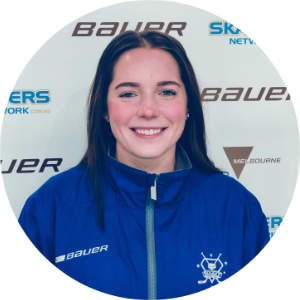 Coach Megan is a Hockey Canada level 2 coach who hails from the Ottawa Valley.

After graduating, Megan played another two seasons of USports hockey for the University of Alberta Pandas in Edmonton, Canada.

You can now watch Megan playing for the Melbourne Ice women of AWIHL.