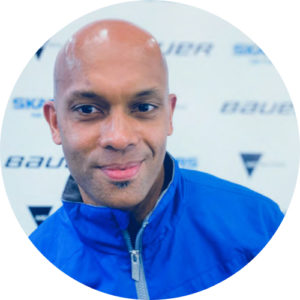 Coach Joseph is a IIHF level 1 coach who first started playing ice hockey at a young age in Brussels, Belgium and has been involved in assisting coaching on ice hockey since he was 16 years old. At 18 years old Joseph moved to compete in inline hockey, playing in the French Belgian championships.

Joseph was also playing ice hockey representing Victoria at Inline hockey State level as well as Ice Hockey and played in the Goodall Cup before it became part of the AIHL. Joseph is a founding player of the Melbourne Ice Hockey club and has been a coach for the Icehouse Hockey Academy since 2016 running Powerskating and other skilled base classes.